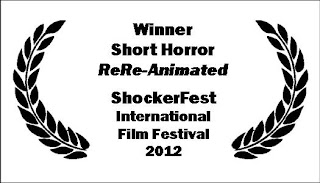 Now we have screened as an "Official Selection" at over 10 film festivals, won best short film at 1 best short horror film at another, and audience choice at another. Pretty awesome stuff...

We have a few more film festivals left, but are also in the works for a distribution deal!!! Sweet huh? That means that DVD's and Blu-ray's will be available for purchase and kickstarter gifts can be mailed!!!

Good news for everyone!!! Drop me a comment and let me know what you think!!!


Posted by ReRe-Animated Movie at 1:03 AM No comments: 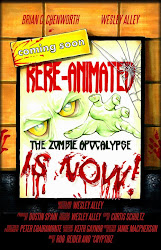